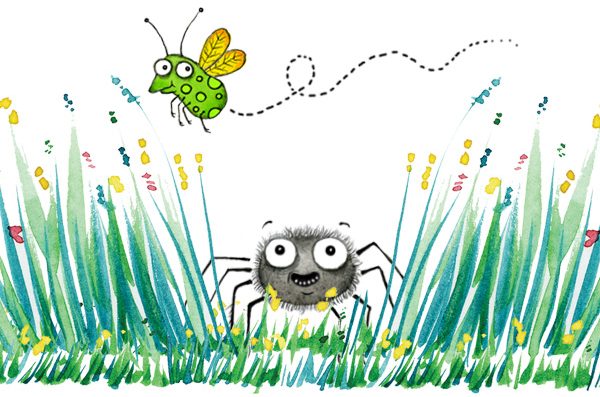 I’ve wanted to create this cartoon FOREVER. Most critters are harmless and simply want to live out their little lives in peace.
Spiders are particularly special to me because they are truly magnificent creatures.

Without spiders, insect populations would explode, decimating our food crops, and ecological balance would be severely compromised.

1. Spiders avoid people and are much more afraid of us than we are of them.
2. Spiders are not bloodsuckers and they do not feed on humans.
3. The majority of spiders are not toxic to humans.
4. Many spiders are not capable of piercing human flesh.
5. Only about a dozen of the approximately 40,000 spider species worldwide can cause serious harm.
6. Spider silk is stronger than steel and more elastic than nylon. The ancient Greeks used spider silk to stop bleeding wounds.
7. Many scientists believe that without spiders, the human race would die within months because of lack of food and insect borne diseases.