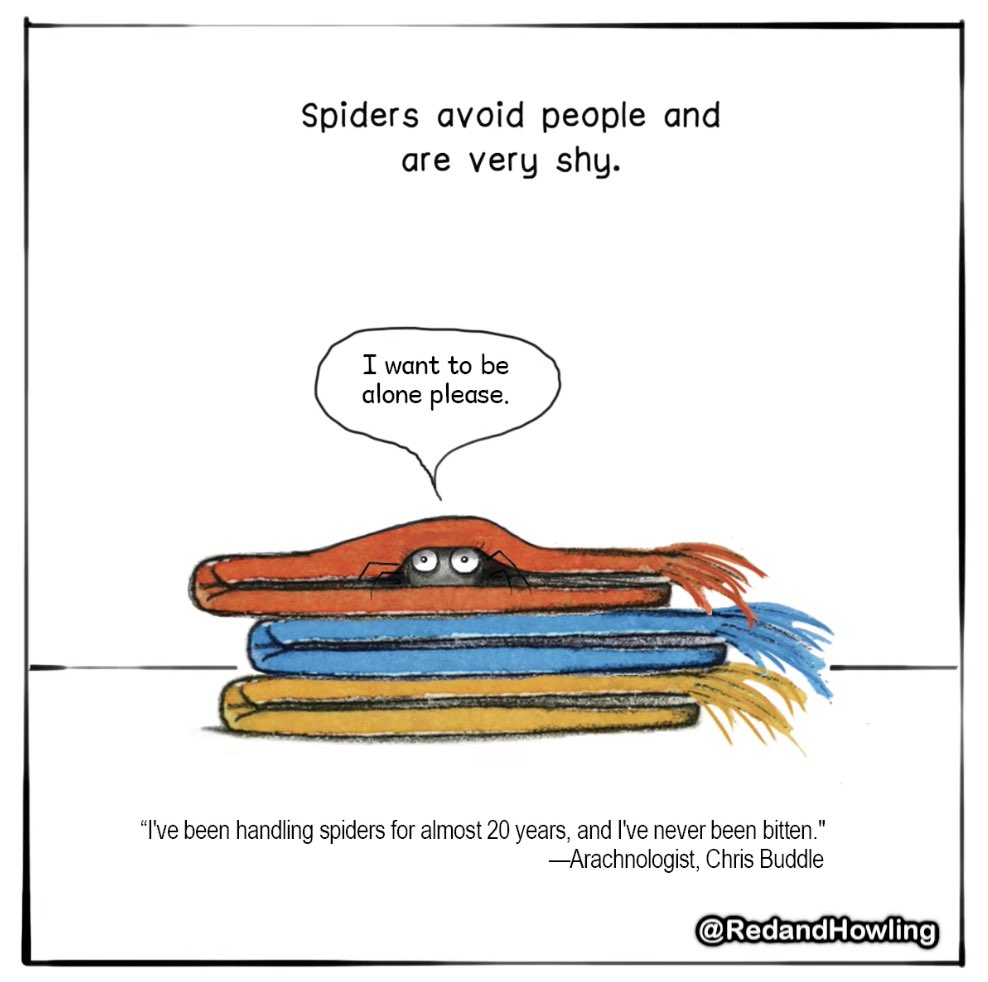 In celebration of “Save a Spider Day”🕷, I made this cartoon! Spiders are very well known, yet tragically misunderstood. People jump at the chance to hate spiders and people tend to lump ALL spiders into the “DANGEROUS” category.

Spiders rarely bite humans. Most mysterious bites we get are from other insects, but spiders often get the blame.

There are over 40,000 spider species and of these, only about 12 are poisonous. I encourage you to take the time to observe a spider. They just might become less scary to you and they might even become a friend.

Just a few of these amazing creatures:
-PinkToe Tarantula. A South -American spider whose leg tips are pink. It is one of the few tarantulas that can climb trees and swim.

-Goliath bird-eating tarantula, whose body can fill your palm and whose legs can stretch up to 12 inches across. it is the largest spider in the world by mass and size, but it is second to the giant huntsman spider by leg span.

-Bagheera kiplingi is a species of jumping spider who survives mostly on plants. Its known as the Ghandi of spiders for its largely vegetarian lifestyle.

Spiders are really good at killing “nuisance insects,” like mosquitoes and aphids, so start seeing them as a friend, not a foe🙏